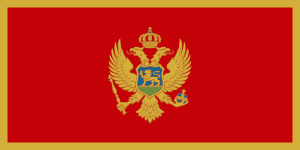 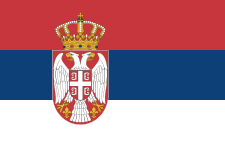 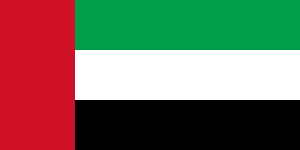 A short description of different climate conditions in the world, divided by continents.

Europe experiences different types of climatic conditions, but most of the European climate remains temperate and mild, with cool summers and cold winters. Although being the sixth continent in the world, this continent varies quite much in latitude, thus facing high difference between the Northern regions and the Southern ones. In the northern regions of the continent, like Scandinavia or the European part of Russia, the weather can be unpleasant especially during winter, when temperatures can drop below -30°C. In these regions summers usually begin in late June and continue to early August with temperatures usually reaching 25°C. The Atlantic Ocean affects countries like France, the UK, Ireland and Germany where temperatures are quite constant through the whole year: winters are cool (averagely 6 °C) but rarely see sub-zero temperatures and summers are warm (16°C in July). The mountainous regions of the Balkans and central Europe face a continental climate, with cold winters and warm (sometimes hot) summers. In Belgrade, Serbia, the average temperature is 1°C in January and 23°C in July. Southern Europe enjoys a Mediterranean climate. July is often the hottest month with high temperatures often hovering above 33°C. Winters are very mild and daily average highs are lower than 10°C.

Being the largest continent in the world, Asia comprises several climates and some of them are influenced by the Monsoon winds - like India and the whole Southeast Asia - where high temperatures are common throughout the year and rainfall occur mainly in the summer season. Very warm, humid summers are also found in most of China but winters are generally colder and dry (-23°C was once recorded in Beijing).

Most of the Arabic peninsula is a desert where summers are extremely hot (in Dubai summer days are often hotter than 40°C) and winters are warm and dry.

Central Asia is best seen during late spring or early autumn, when days are warm (18°C is the September average temperature in Almaty, Kazakhstan) and not hot as in summer. Tibet and Nepal face cold winters and short cool summers due to the proximity of Himalaya Mountains. The coldest region of the planet outside Antarctica is Siberia. The city of Yakutsk, Russia, is the coldest city on Earth with long winters where temperature can drop below -60°C. Curiously summers are warm and the same city can enjoy even 25°C in July.

Africa is divided in a mainly arid (or just desert!) zone in the north and dense rainforest regions and savannas in the central and southern half. A visit to Central Africa and the Sahara is mainly suggested from October to February. In fact, in the mid Sahara the temperature can reach 50 °C during summer, thus being almost off-limits. In Central Africa temperatures are constant throughout the whole year: in Kinshasa for example, temperature rarely drops below 19°C, although during April weather can be unpleasant with extremely common rainy days.

Oceania is a continent made up by several islands characterized by a wet, tropical climate. Most of the continent does not have particular seasons. Temperatures are constant during summer and winter, and they are hot through the whole year (around 26°C); some seasonal change can occur though – especially regarding rainfalls. Most of Australia is arid and experiences hot summers and mild winters: Sydney is a good example with its 25°C its summer days and 17°C during winter ones. New Zealand has a temperate climate and its best visited in summer, when the average maximum temperature is 23°C.

North America comprises various climates. In Greenland, Alaska and Northern Canada winters are very cold (-7°C is the average daily temperature in February in Nuuk, Greenland) and summers are short and cool (6°C in July in the same city). In this areas soil can remain frozen for over two years. Precipitations are scarce aside from the snowy winters. In most part of Canada the situation is similar but overall warmer, especially during the summer when it can be really hot (up to 33°C in Quebec City). For this reason, late spring and early fall are generally considered the best reason to visit the country, enjoying also the color change in nature: in Quebec City during September and May the temperature during the day stands on a very pleasant 18°C. In the Eastern part of the USA and along the coast in the West it is advisable to travel during spring, because while autumns and winters are very wet there, summers can be very hot (especially in the southern areas). May is usually considered the perfect month for enjoying Los Angeles: during that month weather is often sunny and temperatures are warm though not as hot as in the summer (averagely 23°C during the day). The Central regions of the USA experience a great difference between seasons: in Denver, Colorado, chilly January nights often get 8°C below zero but during summer temperatures as high as 41°C have been recorded. Eventually, Western regions are hot and this dry area is basically a desert. In Tucson for example, summers are extremely hot (up to 50°C) while winters are short and mild.

This is an area where winter does not exist and the climate is tropical and humid. It is advisable to travel to these countries between November and April (dry season). Havana, for example, boosts a yearly average temperature of 25°C that is also quite constant between day and night.

The Northern regions of South America are characterized by average high temperatures and rainfalls all year round. Brazil is best visited during May to October, when cities like Rio de Janeiro tend to be drier and days are not so hot (25°C averagely rather than 29°C).

Some areas are affected by altitude, like Bogota’, Colombia, which sees an eternal spring with mild temperatures all year round (15°C) but foggy mornings. Argentina generally faces four distinct seasons, but Southern regions are much colder. A part of Chile is covered by Atacama Desert, the driest zone in the world that suffers extreme difference between nights (as low as -25°C) and days (28°C in the shade).